Canadian conductor and composer Patrick Murray is Director of Music at Church of St. John the Evangelist (Anglican) in Elora, ON, where he directs the professional Parish Choir, and Director of the University of Toronto Scarborough Concert Choir. For the 2021-2022 season, Murray also serves as Director of the Laurier Singers (Wilfrid Laurier University) and Interim Director of A Few Good Men (Oakville Choir for Children and Youth).

Murray’s compositions have been commissioned and premiered by numerous ensembles in Canada and the United States including New York Polyphony, Carmel Bach Festival, College of the Holy Cross, Norfolk Chamber Music Festival, Peabody Percussion Ensemble, Grand Philharmonic Choir, Toy Piano Composers, and the Canadian Men’s Chorus. His works have been recognized by the SOCAN Young Composers Award and the DaCapo Chamber Choir NewWorks award, recorded by the DaCapo Chamber Choir, and are published by Cypress Choral Music and Renforth Music.

Murray’s academic research focuses on artistic practices of community collaboration in contemporary American choral music, and between 2018-2021 was supported by a SSHRC doctoral research fellowship. He is a graduate of University of Illinois (DMA), Yale School of Music (MM), and University of Toronto Faculty of Music (BMus). Murray has studied under noted conductors including Andrew Megill, David Hill, Jeffrey Douma, Marguerite Brooks, Ivars Taurins, and Hilary Apfelstadt.

*Kitchener is situated on the Haldimand Tract, land that was guaranteed to the Haudenosaunee of the Six Nations of the Grand River in 1784, and is within the traditional territory of the Neutral, Anishinaabe, and Haudenosaunee peoples. Learn more about whose land you are on https://native-land.ca/ 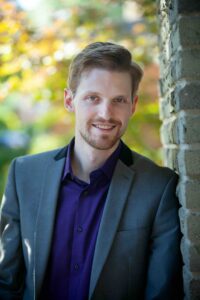 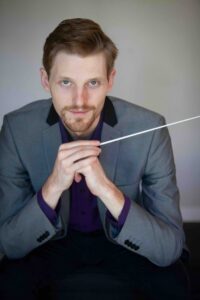